Bursa was at one time the capital of the Ottoman Empire, one of the largest empires in the history. Of the world. Enjoy a full day excursion from Istanbul to explore this city situated on the north-western slopes of Mount Uludag.

The city is known as Yesil or Green Bursa owing to its many lovely gardens and parks. The 4th. largest city in Turkey, it is also known for its peaches, chestnuts, and its silk industry.

Depart by ferry via Yalova, admiring the lovely countryside views and then drive to Bursa, where you’ll enjoy the famous Kebap of Alexander The Great at lunch.Head up Uludag, the legendary Mount Olympos, by teleferik or cable car, visit the Grand and Green mosques, the Green Mausoleum, and the old silk market in the covered bazaar.

The mausoleums of early Ottoman sultans are located in Bursa and the numerous edifices built throughout the Ottoman period constitute the city's main landmarks. The surrounding fertile plain, its thermal baths, several interesting museums, and orderly urban growth add to Bursa’s appeal.

Pick Up - Drop Off from/to your Hotel.

Professional Arabic or English Guide (Depend on Request). 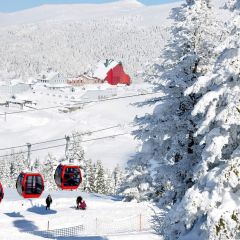 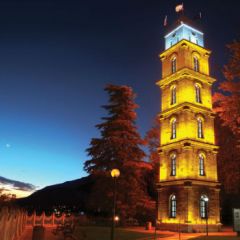 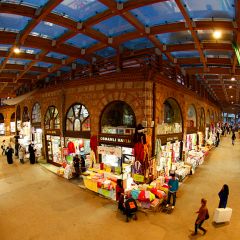 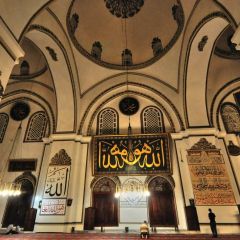 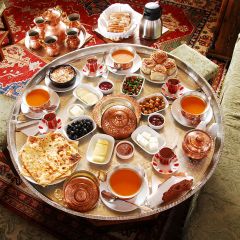 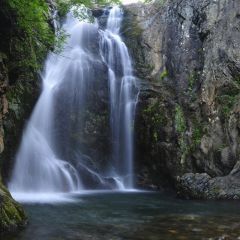